Girl Scouts of the USA
Girls in the BSA

How Open and Welcoming is the Boy Scouts of America (BSA) today?

Scouting, like our society, has gone through many changes over the past roughly three decades, especially related to those issues broadly defined by the word 'inclusivity'. For the BSA, this particularly covers what has sometimes been called "the three G's" (gays, girls, God).

The Girl Scouts of the USA (GSUSA) has had fewer issues with these than the BSA. GSUSA does not admit boys, but very few boys want to join Girl Scouts. GSUSA has had a strong policy of inclusivity of gay and transgender people since at least the early 1990s, and they have a fairly liberal definition of belief in God ("The word 'God' can be interpreted in a number of ways, depending on one's spiritual beliefs. When reciting the Girl Scout Promise, it is okay to replace the word 'God' with whatever word your spiritual beliefs dictate.") [more on GSUSA]. Primary fallout from GSUSA's liberal leanings has been the creation of some rival organizations, including some that are anti-gay & Christian-only [more on 'Scouting-alternative' organizations].

The more conservative BSA has struggled with all three "G's", but has gradually become much more inclusive in the last decade. And like the Girl Scouts, one fallout from BSA's inclusivity changes has been the creation of at least one anti-gay & Christian-only 'Scout-like' organization immediately after BSA opened its membership to gay youth. It should be noted that some of BSA's conservative policies were established or continued because of the influence of some of BSA's more conservative church sponsors, especially the Church of Jesus Christ of Latter-day Saints ('LDS' or 'Mormon' church). Because the LDS church had adopted Scouting as its official church youth program for its boys in 1913, and the fact that LDS units represented over 20% of all Scouts at one point, the LDS church had tremendous influence on BSA policies for many decades until the LDS church's decision to cease sponsoring Scouting units and create their own youth program for LDS boys. It may or may not be a coincidence that the LDS church withdrew in 2017-19 just as the BSA was changing policies (between 2013 and 2017) that the church opposed [more on the role of the LDS church in Scouting].

GAYS
BSA began in 1910 with a stated hope of providing a program for "all boys", though attitudes in Scouting certainly reflected the negative attitudes of American society toward gays until late in the 20th Century. But as society's attitude toward LGBT issues began to change (the term itself became common by 1990), the BSA's more conservative religious sponsors encouraged the national BSA organization to ban gay Scouts and adults outright, which BSA did about 1978 (but the first official public statement was released in 1992). It should be noted that despite the ban, many local Scout Councils, and undoubtedly thousands of Scouting units, remained open and welcoming. After much public pressure, as well as internal pressure, BSA lifted its ban on gay youth in 2013, followed by ending its ban on gay adults in 2015. Then BSA ended its ban on transgender youth in 2017 only one month after expelling a transgender boy from Cub Scouts.

The Inclusive Scouting knot is not an official BSA knot, but has been promoted by the Scouts for Equality organization, which supported the BSA while pressing them for a more inclusive program.
The Girl Scout Diverse/Inclusive patch is official and reflects GSUSA diversity, equity, and inclusivity goals.

So now the Boy Scouts of America, like the Girl Scouts of the USA, has a national policy of diversity and inclusivity for adults as well as youth, which essentially covers the LGBT spectrum, with one exception: churches that sponsor BSA units are still allowed to use their religious beliefs to discriminate against gay and transgender people in the Scout units they sponsor. Brief timeline:

GIRLS
Although girls and young women were admitted to the high school & college aged Exploring (now Venturing) program in 1971, BSA fought in court for many years to prevent girls from joining Cub Scout packs or Boy Scout troops. Finally in 2018, BSA opened Cub Scout packs to girls, and in 2019 opened Scout troops to girls. Also in 2019, BSA allowed girls to earn Eagle Scout for the first time (including girls in Scout troops, Sea Scout ships, and Venturing crews)[more on the BSA in general and girls in its programs]. Today, all programs for girls and boys are identical, though younger-age programs separate the girls and boys, and only the high school & college age Sea Scouts and Venturers are truly coed. Brief timeline: 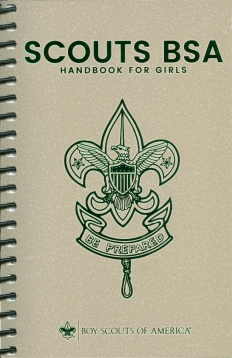 The BSA's admission of girls from Kindergarten through adulthood has, not surprisingly, highly offended the Girl Scouts of the USA, which would like to have exclusive rights to Scouting-type programs for girls. But BSA and GSUSA programs are dramatically different, hence girls who might prefer one program would not likely be happy with the other program.

GOD
BSA has been more conservative than GSUSA in defining belief in God. Although BSA implies belief in a monotheistic deity, they recognize a number of non-monotheistic or non-theistic religions, so a range of beliefs is allowed. Many other national Scouting organizations that belong to WOSM (World Organization of the Scout Movement) have broader definitions of belief in God, roughly comparable to GSUSA's statement above. 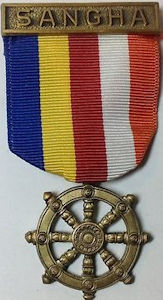